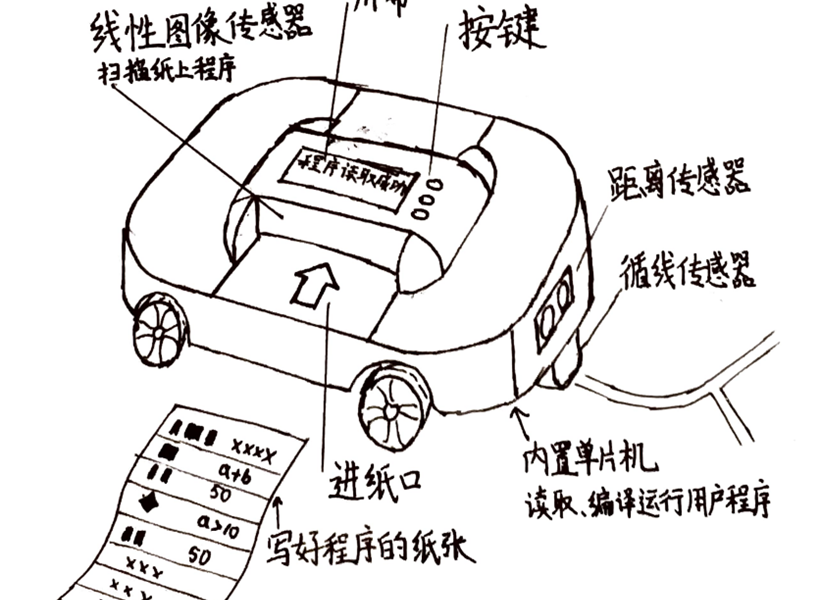 The following are translated with DeepL from Chinese and have not been reviewed yet.

The idea started in 2021 and its birth has a lot to do with personal experiences growing up. As a child, I was particularly fond of science, especially things related to electronics and computers. In elementary school, I used to dismantle some unused appliances, study the wiring and mechanics inside, and think about how they work. I also got interested in computers and taught myself Flash animation, C programming, etc. However, since there were no resources in my small city and my parents did not work in related fields, I could not understand what was worth learning and trying for those things that were not tested in the exams, so I was left to my own devices for a long time without professional guidance. Instead, in high school I participated in the Informatics Olympiad and several robotics competitions with the help of my school, and although the specifics were still self-taught, I gained more knowledge and ability in these reasonably designed competitions. In particular, events such as the winter camp for high school students hosted by DJI simply opened the door to a new world for me.

With a love for science and the dream of becoming a good young engineer, I entered university still choosing a related major. After talking to more of my classmates and friends, I have developed more of a sense of powerlessness about science and technology education in my country: too many people don’t know why they are studying what they are studying, and don’t really appreciate the connections and ideas in that knowledge, nor do they understand anything beyond the exams before entering university. Some of the small group of friends around me who have a real passion for science and technology have also failed to go further because of a lack of relevant resources. In recent years, I have also noticed that Hong Kong University of Science and Technology Guangzhou, Southern University of Science and Technology, etc. have the same idea and motivation, which makes me very excited and more determined about what I want to do: I want to do science education from three years ago, and I hope that through some well-designed products or courses, more young people can get out of exam-oriented education and excessive video games, try to learn science by doing, and gain the thinking and abilities needed to solve many things later on, and to awaken the scientific talent in a small percentage of people to take them further.

A variety of educational robots/science kits exist on the market today, most of which can be built by the user to build their mechanics, circuits, and learn to write programs. I observed that most of these current products require a computer to program them, and some can also be programmed with a cell phone, while many families may not have a computer due to income, and may not have a cell phone that their children can use at all times, and I also observed that such a programming approach is difficult to get started in the early stages, requiring tedious installation of software, drivers, and connection to robot controllers, bringing a significant threshold of use.

My target group is teenagers, specifically elementary and middle school students. At the same time, I am positioned to be able to provide access to these science education products through lower costs to a wider group of people, in other words, youth in smaller cities and counties and towns.

My idea is to design a robot or electronic-based educational kit that can be programmed with paper and pen: we have a pre-defined paper tape, and multiple combinable mechanisms/modules such as sensors, motors, etc. that allow for a myriad of combinations. Users can write their programs by blacking out/writing numbers on the paper tape as prompted, without the need for a computer and phone to program. The controller scans the programmed paper tape line by line, executes the corresponding program, and provides timely feedback on the results of the program run.